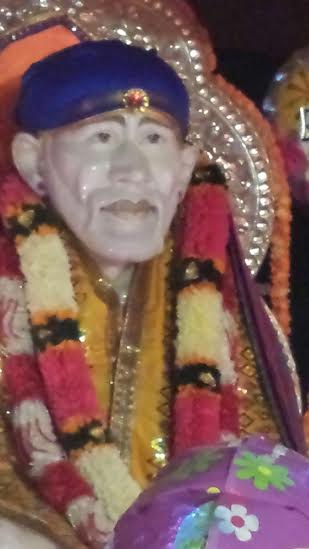 Sometimes, life throws unexpected tribulations at us. It is very easy to question our faith during these trying times, but we seldom reflect on the fact that our earthly journey is but a small sojourn during our vast eternal life. While God’s plan is to get us to the shores of eternity, we are comfortable with our physical form and temporary stay on this earth and remain oblivious to our real nature.

The editor is reminded of a story. A man had been through intense suffering during a certain phase in his life. At the end of his life, he was given a review of the events that had transpired during his earthly journey and the blueprint of his life appeared on sand. He was surprised to see that during most of his life, there were two sets of foot prints but during hist most difficult times, he had just one. Being a devotee of Lord Jesus, he wondered why the Lord had abandoned him during these difficult times, especially when He had promised to never abandon us. Pat came the answer, “My child, the reason you see just one set of footprints during your difficult times is because it was then that I carried you on my shoulders.” How beautiful! So much love!

It is said that if we were to lose our hand, God’s grace would change that  so that we would just lose a small piece of our nail instead.

A guru-disciple pair, too, experienced this love from Baba. Both guru and the disciple are followers of Baba. The guru was suffering from a chronic (but manageable) ailment and was patiently bearing all the associated suffering that came with the disease. The disciple was young, though, and was chiding Baba for not curing his guru in a trice, as Baba normally does. The disciple had personally experienced Baba’s powers and had witnessed Baba heal so many people. Why then was the guru not healing? he thought. Baba immediately appeared to the guru and told the saint to explain to the disciple that if He (Baba) willed, He could reverse the disease in a small fraction of a second, but that wouldn’t be good for the guru because it would cause rebirth and other karmic effects that would be harmful in the long run. Despite that, Baba had kept the disease under check and it was not progressing beyond the initial stages. It was in complete control and that, too, was a medical miracle.

The disciple then understood the message and realized that Baba always does what is good for us. Even during our periods of suffering, he eases them immensely and makes our journey as smooth as possible. He does eventually cure all our suffering, but He waits for the right time to do so and does it in a manner that benefits us. During our challenging times, it would be good to assure ourselves with the following affirmation: “It may be good for me!”

One thought on “It May be Good for Us”