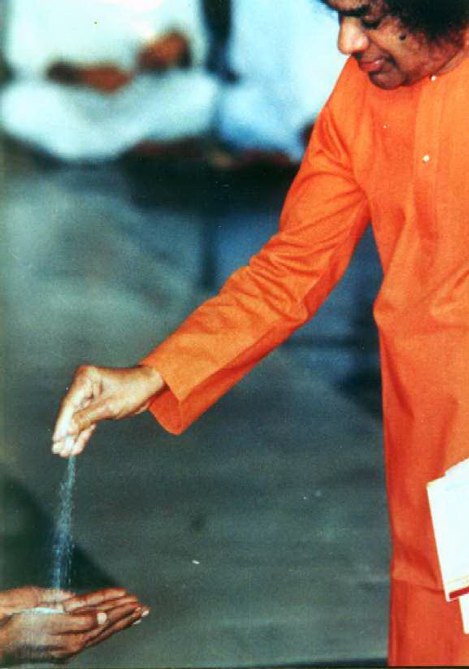 The story of Dr. Art-Ong Jumsai is a fascinating account of how Baba protects His devotees in divinely mysterious ways. For those unfamiliar with Dr. Jumsai, he has worked with NASA and is an intellectual par excellence. Despite being a rocket scientist by training, he has been serving in Swami’s mission since a very long time.

He was born during the start of World War II, which was one of the most turbulent periods in the history of mankind. At that volatile time, his family was living in Bangkok when the Japanese started bombing the military barracks. Since his grandfather was a colonel in the Thai army, they had a house in the military barracks.

During that critical juncture, a young man (appearing to be a monk) visited the house of Dr. Jumsai. He gave a small packet to the latter’s mother and said “Spread this all over [the roof of] of your house, and you will be safe.” On saying this the young man disappeared. As the mother curiously opened the packet, it appeared to be something that looked like white fine sand. Being religious and faithful by nature, however, she obeyed the instructions and spread the contents of the packet on the roof. 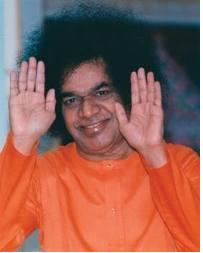 At the end of the war, that was the only house left standing. All others were bombed, destroyed, and razed to the ground. That little packet of holy ashes had saved the entire family from being burnt to ashes.

Many years after this incidence, Dr. Jumsai had the opportunity to get a confirmation about this incidence. While addressing Sathya Sai Summer Courses, he was narrating the incidence of how a young man had given a packet of sand to his mother when Swami started laughing. He addressed the gathering and said “I did not give her sand; I gave her vibhuti.”

This seemingly simple packet of vibhuti had served as the most potent weapon defense system for the Jumsai family.

When I was doing my Master’s at a local New York University, a strange incidence captivated my young mind. It left an indelible impression and a memory that I will cherish for the rest of my life. Like many young volunteers, I used to spend a significant portion of my time performing various duties at the temple. We were Baba’s young “vanar sena,” or at least that is how we fancied ourselves. Growing up in a divine environment under Baba’s loving guidance was such a blessing and we were fortunate enough to witness numerous inexplicable miracles and acts of Divine Grace.

Once, a terrible storm and intense rain showers had been forecasted by weather experts. As misfortune would have it, the day of the storm was the very day when we had planned Guru Poornima celebrations on a grand scale. Hundreds of devotees were going to visit the temple from various states and large-scale arrangements had been organized. The weather announcement was a terrible blow to all the volunteers who had tirelessly worked day and night to make the event happen.

Little did we know or understand that nature is but a manifestation of God and He controls it with a small gesture of His Divine Eyes. A small nod or an indication of disapproval and nature will obediently retrace its furious steps just the way a ferocious (but loyal) dog stops barking when ordered by its master.

God seldom interferes with nature, but like a stern — but loving — father, He will occasionally keep even nature’s pride in check. Can the creation disobey the creator? Nay! 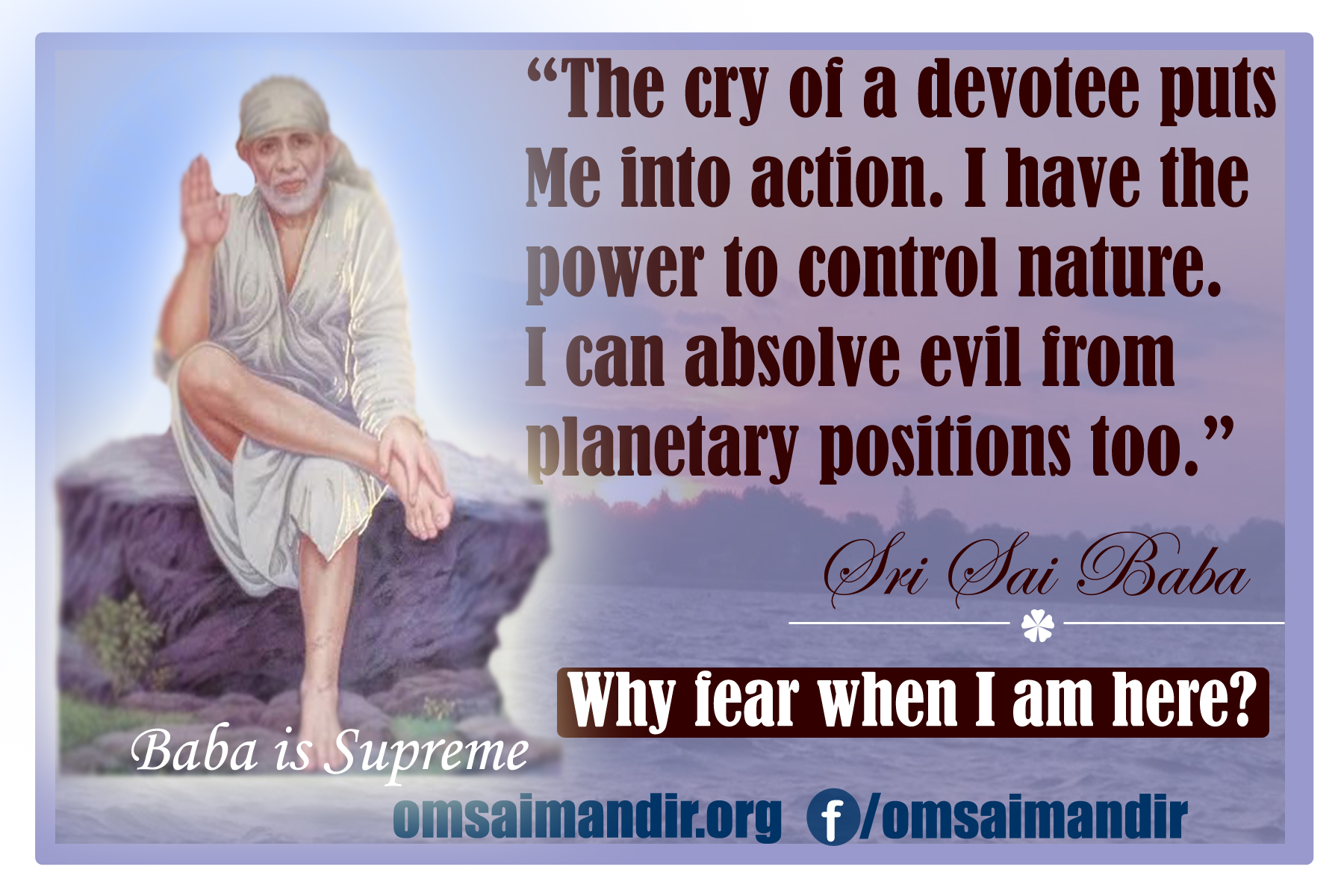 As we sat dejected and worried about the event, my divine guru assured us fearlessness and said “Do not worry; I will intercede with Baba on your behalf!” The guru offered intense prayers to Baba and Baba assured us that the event would go through without a hitch. “But what about the weatherman’s warning, some ‘young rational minds’ thought?” The guru assured: “The weatherman was right, but he merely predicts events, Baba controls them. Have faith on Baba and proceed cheerfully with the festivities.”

Just the way a parched and fatigued man jumps into action as soon as he is rehydrated, we sprang back enthusiastically. Assured of fearlessness, our vanar sena continued the task of preparing for the celebrations. Huge quantities of food were arranged, decorations were setup, and all other arrangements were made as if the weather was no cause for concern. Guru Poornima arrived and we became pensive as we looked at the dark clouds that had overcast the bright blue skies. Ah, the vagaries of the human mind. No amount of reassurance (even from God) can calm the storm of a doubtful mind, can it?

Just then a strange incidence happened, the storm that was predicted to hit us changed course at the last minute and the heavy showers that were to befall on us made their way toward the ocean instead. Not a drop of water fell on us that day and many, many devotees participated in the celebrations. We were just exhilarated beyond description. Baba’s intercession was two-fold: Not only did He keep the storm in check, He even brought an unexpectedly large gathering of devotees, all of whom decided to brave the “forecasted storm” with unconditional faith on Baba.

In the Shirdi Avatar, a similar act of intercession was witnessed by Baba’s children. A huge storm had taken over the small hamlet of Shirdi. Rain water was flooding the weakly-constructed mud houses that were abundant in Shirdi. As the storm threatened to wipe out the very existence of the village, everyone rushed to seek recourse at the feet of Sainath. Could Baba turn away the humble devotees who sought refuge in Him? That can never happen. The Divine Lord Sai rushed outdoors and addressed the skies in a thunderous roar: “Stop! Calm thy fury!” This was a divine command that Mother Nature could not disobey. Within minutes the storm subsided and the simple devotees of Shirdi danced in joy. 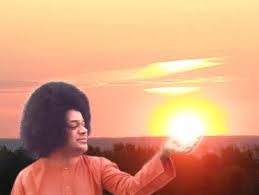 The Sathya Sai Avatar, too, performed many such intercessions at the request of devotees. During the Monsoon season, Venkamma was constructing a house. Her team had gathered a large pile of wet bricks that were soon to be baked. Everything was ready for the process but due to the particular day being inauspicious, it was decided to postpone the baking to the following day. A dark stream of clouds engulfed the village skies and everyone was concerned. What if it rains, though? A heavy downpour would undo all their hard work and the bricks would reduce to a useless mound of clay. A neighbor suggested that the bricks should be covered with dry sugar cane leaves and all the villagers proceeded to the other side of River Chitravathi to gather the same.

As devotees were proceeding, Swami raised His palm toward the sky, addressed everyone and said “Venkamma! Vaana raadu!” (The rains will not come). Soon enough, the clouds dispersed and a bright streak of sunlight lit the entire area, basking everyone in the divine halo of sunlight-orange-yellow.

That’s it! His divine abhaya hasta (boon-bestowing hand) was enough to calm Mother Nature. The devotion of the villagers was most amazing as none went to bring the leaves. Everyone returned home knowing fully well that Swami’s words can never be falsified. It did not rain!

Our life, too, can be compared to these storms. Sometimes, huge storms appear to envelope us in the darkness of doubt and despair. As soon as we seek Baba’s refuge, though, everything calms down and the sunlight of Sai-bliss re-invigorates our lives instantly.