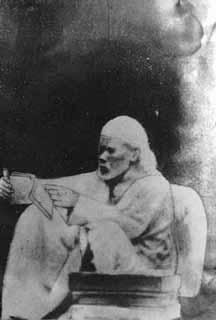 A woman in her late forties comes to Om Sai Mandir regularly. Due to ailing family members, she is the sole bread winner for the family and was forced to face an impending legal battle with a major organization. The other side had expensive legal counsel but she could not afford lawyers. A law student at the mandir helped her fill out the forms but could not represent her as he was still a student.
As she went for her hearing, the judge called out for her. When the opposing side was called out, they did not respond. How could they? Baba did not let them come on that day.
The judge told her, “Ma’m, you are very lucky! I know this organization for a long time and they have never failed to appear at a hearing. I don’t know what happened today. You win by default.”
Baba knew her condition and the fact that she had done nothing wrong, so He allowed her to win. What’s better? It has been several months and the other side has still not appealed. Jai Sai Ram!
No matter how powerful the opponent, when Sai saves us who can harm us?