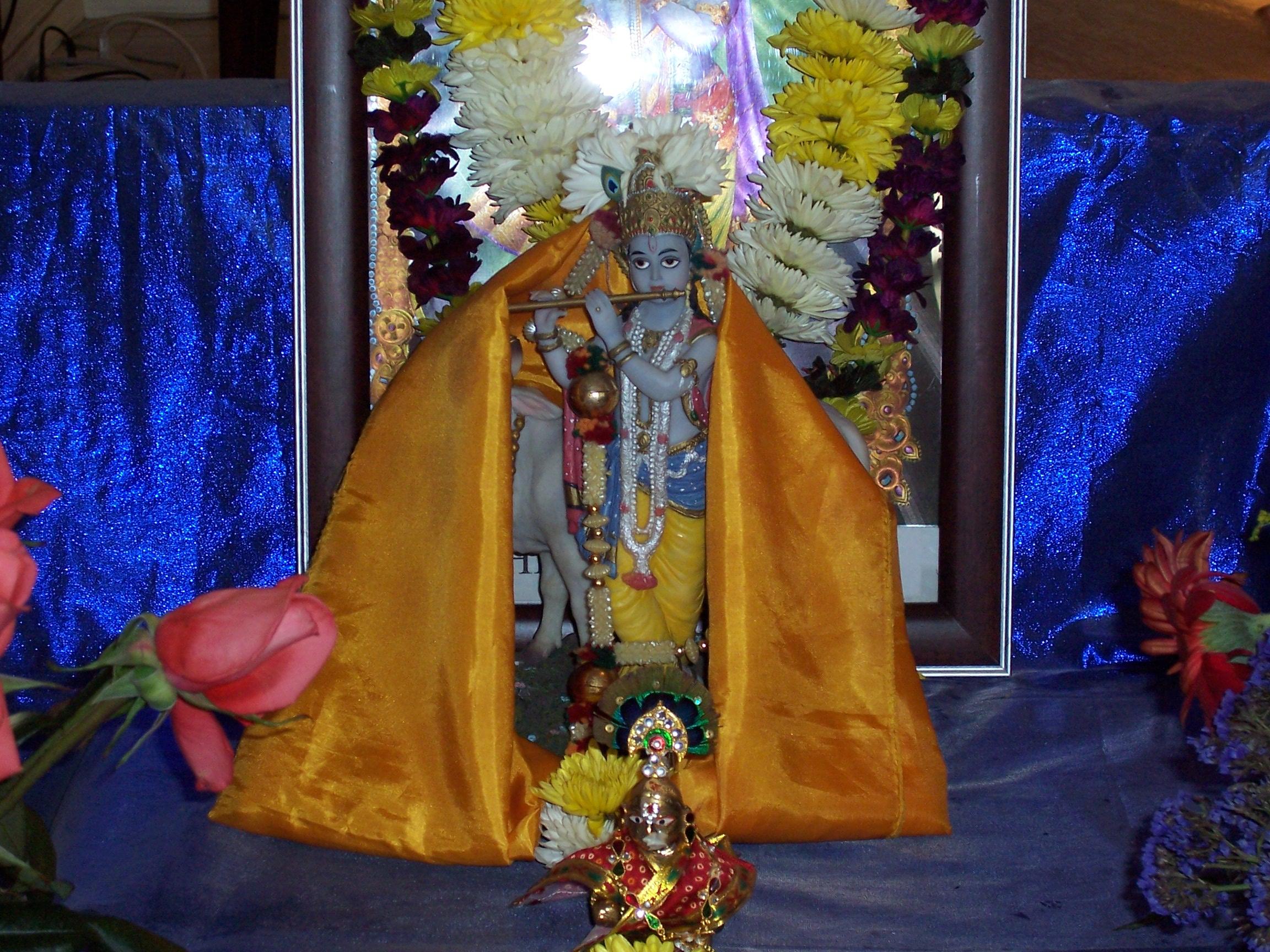 It is said that a caterpillar constantly meditates on its own beautiful butterfly form and through incessant meditation it soon metamorphosis into a mind-bewitching butterfly. The Guru Charita says that when a disciple constantly serves his guru with one-pointed concentration with no thought but that of the guru, the disciple soon transforms into a divine guru himself. He develops the guru’s noble qualities, devotion, and powers through such incessant meditation. One may not realize but our future is determined by what we think constantly. Ever seen two people who love each other dearly. It could be a parent-child relationship or a sibling or a friend … if these individuals love each other dearly, they will behave in almost like fashion. It is a fact that if we constantly think about something, we become that very object.

This is exactly what Lord Krishna has declared in the Bhagvad Gita. The Lord said that whatever one meditates on at the last hour of his life, one goes to that object (and therefore becomes that). For this reason, it is important to constantly meditate on God and chant His name ceaselessly.

Ramakrishna Paramahamsa, the guru or Swami Vivekananda, demonstrated this truth through his own life. The sage was so perfect in his meditation and his thoughts were so powerful, they would bear instant fruit. Once, he meditated constantly on Lord Rama and considered himself to be Hanuman, the eternal slave of Lord Rama. Through constant meditation on the relationship — he being Hanuman and God being Rama, the sage soon grew a physical tail and resembled the mighty Hanuman. Not only his mind, his body, too, became the very being he was meditating on. Our thoughts are that powerful even though we may be oblivious to their inherent energy and potency.

On another occasion, a disciple came to the Paramahamsa to learn meditation. The guru asked him, “What do you like the most in this world?” The disciple said, “My buffalo.” Ramakrishna then said, “Fine, go and meditate on your buffalo constantly.” The surrender of the disciple was so great, he did not question the guru at all and went to his room and meditated on the buffalo day and night. After a year, the Paramahamsa wanted to see how far his disciple had progressed and went to his room. As it was locked, he asked from outside. “Is somebody inside?” asked the guru. “Yes,” came the response. The guru then asked, “Who are you?” Pat came the response, “I am the buffalo!”

It is said that if you leave a lion cub with sheep, it will soon start behaving like a sheep. It is a guru who removes this ignorance and takes the lion to the water to show its own reflection in the water. It is then that the lion realizes that he is indeed the king of the jungle and not a sheep. Our nature is like that. We constantly think that we are weak, powerless beings who are destined to perish. It is only a divine guru like Baba who can shows us our true self and make us realize that we are the immortal, all-powerful atma (soul) and not the weak physical beings that we consider ourselves to be.

Constantly contemplate on God and his noble qualities and you will soon transform into your own divine nature. Consider the example of Mother Radha. She constantly meditated on Krishna day and night. Her meditation was so deep that if one were to ask her “Who are you?” She would say, “I am Lord Krishna!” Indeed, the Mother had completely merged her mind with Krishna and had become His Divine self.