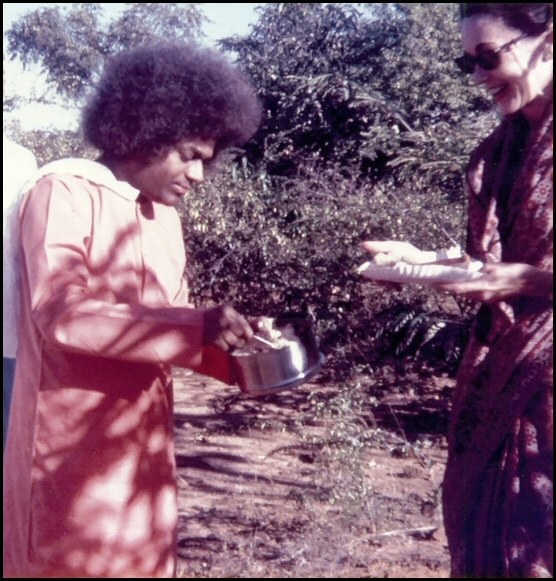 Do you offer prayers before you eat your food?

Baba once narrated a beautiful story:

There was a guru and disciple who visited a fellow-devotee’s house. They were served a sumptuous meal. While leaving, though, the disciple quietly whisked away a vessel from the host’s house.

On reaching their destination, the disciple could no longer bear the guilt and confessed everything to his guru. He also begged the guru to explain why he had behaved in this manner as he was not generally prone to stealing. The guru knew the disciple well and went into meditation to seek an answer to their dilemma.

On awakening from his trance, the guru explained that the host’s cook was a professional thief before taking up the profession of a cook. Although he had given up his bad ways, his thoughts still centered around stealing. The cook was holding on to his stealing tendencies mentally and that was the reason why the disciple, who was still spiritually unripe, was affected by his thoughts.

Apart from expressing gratitude to God, there is a very sound reason for offering food to God before eating. As soon as we do so, the food becomes purified and all subtle impurities (not visible to us) are purified immediately.

In fact, in Puttaparthi, a Kirlian photographer who was an expert in capturing auras took pictures of food before and after it was offered to God (by reciting the Brahmaarpanam mantra). The before picture did not depict any particular aura but once the food was consecrated by offering to God, a distinct blue aura appeared around the food.

When the Kirlian photographer, Dr. Baranowski, asked Baba for an explanation, He said:

“The Brahmaarpanam mantra is a very powerful mantra and that after recitation, the food is converted to prasadam, since it has been offered to God. It further purifies the food and all items around it. That is why the blue aura was found around the plates of food after the mantra was recited.”