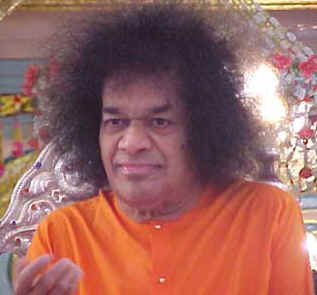 A Sai devotee was once speaking to a friend when the latter randomly popped a question: “Since you have been His devotee for so long, I am sure your life must be very smooth, right?” The devotee was taken aback by the question because he had never visualized his relationship with Baba from a business perspective. He always enjoyed the love he felt for Baba and the love he received in return. There was never any bargain or requests. The friend’s question, however, prompted the devotee to introspect.

In fact, the devotee’s life was a hodge-podge of turbulent circumstances. There was a constant barrage of challenges and difficulties that left him with little room to live peacefully. From financial challenges to health issues and family hostilities, he had experienced all of that. He finally asked Baba, “Why so many difficulties when I pray to you?”

The compassionate Lord assured him as follows:

“My Beloved, can you ever measure the depth of the ocean with a small measuring container? The worldly perspective that your friend offered was like a small cup, whereas my grace is like the ocean. How can you measure one with the other? The hallmark of true devotion is not measured by the number (or absence) of worldly difficulties. For a true Sai devotee, the entire world is filled with Sai. Where does the question of difficulty ever arise? One’s devotion is tested on the basis of equanimity, fortitude, faith, love, and an attitude of selfless service and sacrifice. Problems are not the touchstone for measuring devotion.”

Didn’t Jesus, Mira, Buddha Hanuman face difficulties? Yet, despite the plethora of challenges they always smiled and resorted to God’s name, without ever swerving from the path leading to God. Despite the difficulties, they marched on knowing fully-well that all the “so called challenges” would foster their latent dispassion and devotion even further.

In ancient days, a guru called upon his disciple and asked him to plough a barren field. The disciple was so humble, he eagerly undertook the task without ever questioning the wisdom of working on a dry field. Even though the land was useless, the lad had utmost faith that due to his guru’s grace it will soon be transformed into a fertile, crop-ladden field. Day and night, the young boy toiled on the land, at times putting up with the ridicule of lazy onlookers.

For many years there was no result. In fact, his efforts appeared to be wasted. This did not deter him, though, and he continued his efforts with utmost faith. This went on for many, many years and one day the boy felt exhausted. Just as he was about the give up, the guru appeared on the scene miraculously and asked the boy what had transpired during the course of several years.

As the boy recounted the story of his failed effort, the guru smiled with a beaming light and asked the lad to look at himself. The young boy who was initially a weak creature had transformed into a young man with a rugged, muscular form and an unconquerable degree of strength. Not only that, he also breathed an aura of satisfaction, wisdom, and experience that could never be matched. Due to his implicit obedience, he had grown spiritually as well.

Indeed, the transformation was remarkable. Now, the guru asked him to look at the field. What did he find? Thousands of precious stones lay all over the field. These were hidden gems that only the guru knew about. Apparently, the guru wanted to bring these out through the boy’s tireless efforts.

God is like that too. He commands us to dig deep into our hearts and even though on the surface it may appear barren, underneath the dry appearance are pearls of wisdom, compassion, devotion, and love. Our initial efforts may appear wasted but if we persevere, one day God Himself will bring out all the treasures for us.

The truth is that suffering forms the basis of future success and through every painful experience we manage to acquire precious pearls of wisdom and become worthy recipients of the Lord’s grace.

2 thoughts on “Characteristic Of A Devotee”