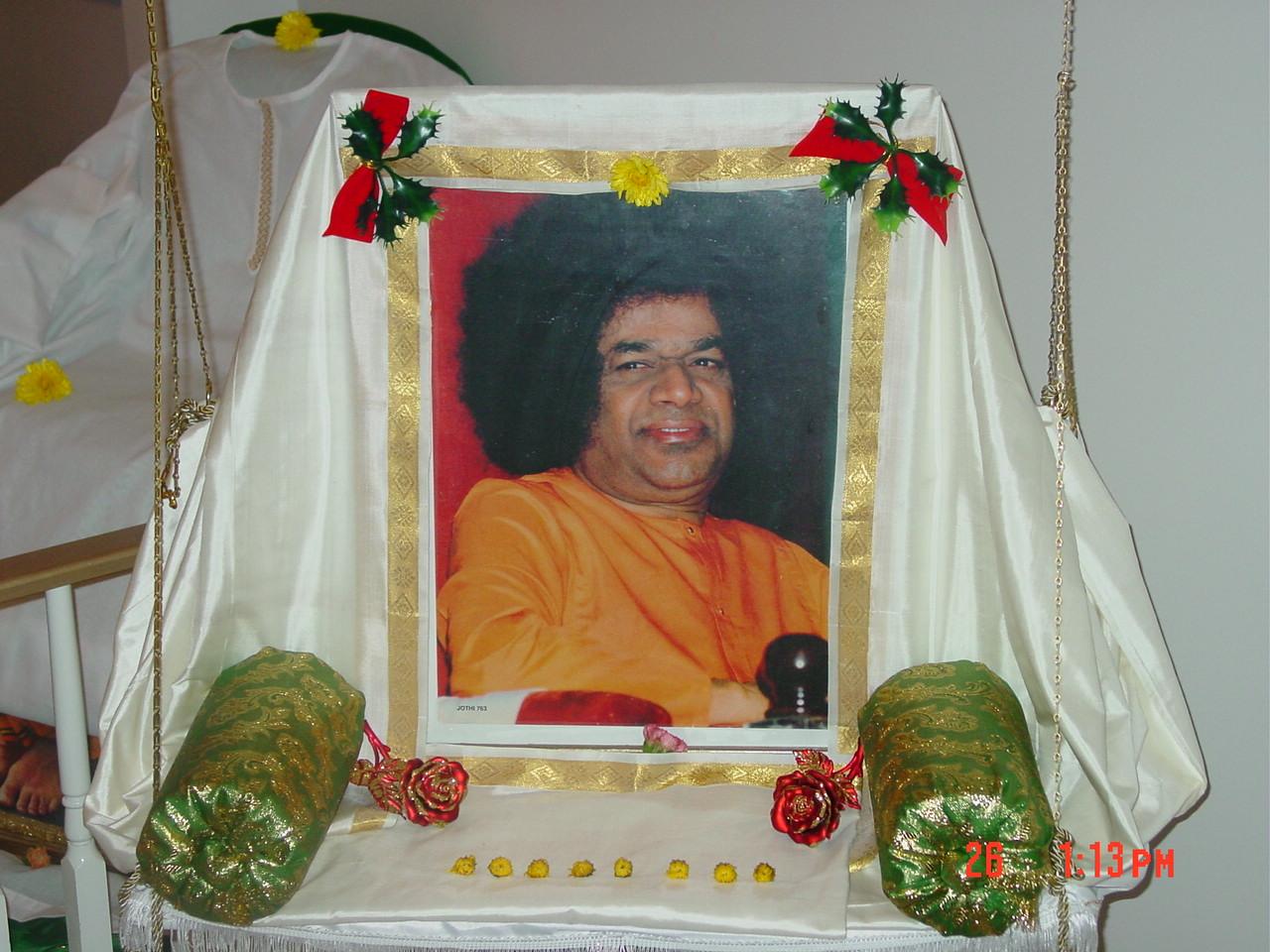 His name and His true devotees. Indeed the power is granted by God Himself but when it comes to His real devotees, God becomes like a helpless child only too eager to satisfy His beloved children.

Once, God asked Sage Narada: “Who do you think is the most powerful being in this universe?” Narada innocently said, “Swami, who else but you! There is no power greater than you.” At this, Lord Vishnu said, “No my child. That is not true.” At this, Narada started giving one example after another to explain who could theoretically be more powerful than God Himself. Despite giving these examples, Narada knew in his heart that he was not truly convinced that there could be any power greater than God.

Once, a king wanted to have a child. The king was of a saintly kind and could visualize Lord Rama in meditation. Lord Rama would speak with him just as two friends converse. During one of his visions, the king requested Lord Rama to grant him a child, a heir to his throne. At this Lord Rama said, “Son, you are indeed very, very dear to me but according to your destiny you have no child in your life.” The king was taken aback and said, “You are God. Please grant my wish.”

Lord Rama’s heart melted but he wanted to demonstrate to the king that true devotion is indeed very powerful so He addressed the king as follows: “Son, go to a saint who is seated under the tree. The saint is constantly chanting My name. If he asks me to grant you a son, I will have no choice but to do so.” The king was perplexed but visited the saint who was engrossed in the ceaseless recitation of Lord Rama’s powerful name. As soon as he visited the saint, the omniscient saint immediately told him: “O King, I have offered prayers on your behalf and the Lord has acceded to my request. You will have a great son very soon.”

It is no secret that countless seers, sages, devotees, and even ordinary individuals have tapped into the power of God’s name to accomplish the most impossible tasks. What could be a greater endorsement of this truth than Sai Baba’s own words: “The Lord’s name is so powerful, even mountains of sins can be burnt to ashes through its constant repetition.”

Hanuman’s life is another glowing testament of the glory of God’s name. Throughout his illustrious life, Hanuman demonstrated how a devotee could perform superhuman feats by unconditionally relying on God. One example illustrates this point. Once, there was a disagreement between Sage Vishwamitra and Sage Vashishta. The two were debating about the greatest power in the universe. The former contested that Lord Rama’s arrows were supremely powerful, while the latter argued that God’s name was most powerful, even more powerful than God Himself. To test the validity of their theories, they proposed a test that was to be executed by Vishwamitra himself.

In those days it was customary for householder devotees to receive guests, especially holy ones, with great reverence. One failing this duty would often be the recipient of a curse or fall prey to unpleasant circumstances. Vishwamitra was aware of this and intentionally visited a devotee-king, Chandrabhanu, while he was in deep meditation. Since the king was in a trance, he failed to receive the saint reverentially. This infuriated the sage and he rushed to Lord Rama, who held holy ones in high esteem and went to great extents to appease them. Vishwamitra was aware of this fact and he tactfully made Rama take an oath that the one who insulted Vishwamitra would be killed by His infallible bow. True to His promise, Rama set out on a quest to kill the one who had offended the great Vishwamitra.

In the meanwhile, Sage Narada informed Chandrabhanu about the imminent danger. Frightened by the sure prospect of death, he sought Narada’s counsel and requested him if there was any way to avert the tragedy. Narada advised Chandrabhanu to seek protection from Hanuman. He further suggested that Chandrabhanu should reveal the source of danger only after he had extracted a promise from Hanuman.

As advised by the sage, Chandrabhanu held Hanuman’s feet and sought his protection. Hanuman took an oath in Rama’s name and promised to protect the king even at the cost of his own life. The stage was well set. On one hand the Lord was bound by His oath, while on the other His most loyal and beloved devotee Hanuman was bound by an opposing oath.

To fulfill his promise, Rama sent His powerful army to kill Chandrabhanu but it was vanquished by the valiant Hanuman in a trice. Rama then sent his brothers and ministers. They, too, were defeated by Hanuman. Finally, Rama Himself came to the scene to see the one who had given succor to Chandrabhanu. He was surprised to find Hanuman, his most beloved devotee, protecting the one who stood against Rama. The Lord immediately ordered Hanuman to give up, but the latter, with great humility submitted that he had taken an oath in Rama’s name and would never do anything to tarnish its glory. On explaining this Hanuman stood still, but every pore of his body was reverberating with Rama’s name.

Rama then lifted his divine bow and let loose a foray of arrows, all of which miraculously turned into flower garlands decorating the neck of the valiant Hanuman. Vashishta explained the astonished onlookers that even through Rama’s arrows were invincible, they were no match for His own name. It was then that everyone, including Vishwamitra, realized the power of God’s name. Rama was extremely pleased with the devotion of Hanuman and blessed him profusely. To keep his beloved devotee’s oath, the merciful Lord forsook His own and granted forgiveness to Chandrabhanu.

Such is the power of the name. It can protect one from almighty God Himself, what power is there to fear then.