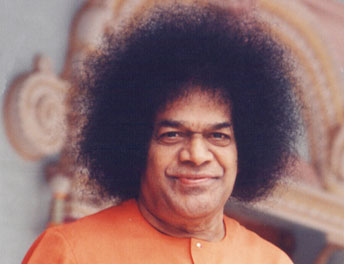 My mother has had glaucoma for many years now. She was fortunate to discover it in the early stages and so her ocular pressure is controlled by using daily eye drops in the morning and evening. She has two medications and they have to be ordered in advance. About two weeks ago, as usual, my mother asked me to place the eye drops in her eyes in the morning.

However, there was enough for only one eye. As I squeezed the bottle, only air and bubbles came out of it. Shaking the bottle made me realize that the medicine was finished and a new bottle would have to be opened. When my mother went to retrieve another bottle, she rushed back and told me that she had somehow forgotten to place an order for the next shipment. We quickly placed the order online, but were worried about what to do until the shipment arrived. At that point, we decided to try the old bottle again to see if we could salvage at least a single drop for my mother’s other eye.

I thought of Baba and took the bottle from my mother’s hand and shook it, just to give it a try. And lo and behold, to our amazement, we could hear and feel the liquid inside as we shook the bottle. Just minutes before, we had seen only air and bubbles come out of it.

We quickly placed a drop in my mother’s eye and thanked Baba. The shipment was placed on Dec. 16, and it arrived on Dec. 20, in the evening. Even though we thought that there wouldn’t even be enough for a single day, that bottle sufficed for four days following that incident, until the next shipment arrived. And the day after the shipment arrived, when we tried that same bottle, there was again no liquid inside of it!

We feel truly blessed to have experienced this miracle!